Varėna city pedestrian alley arrangement project goal was to form the architectural and urban identity and originality of the city, its visual identity; to create original and memorable urban spaces with a familiarity aspect; to create suitable conditions for the recreation of Varėna city residents and guests and for the development of small business.
The essence of the concept “greeting” is the union of urban and natural origins, taking place in the spatial, stylistic, material and other aspects. The idea would physically stylize the city’s slogan “rhythm of nature”.
The urban origin begins with the most important building – municipality, which is in the center of the city. This obliges to create an open space in front of the building – a kind of town hall square. The sculpture – fountain, info stand with a trade pavilion – will invite you to march further. The alley, which stretches for a quarter of a kilometer, starts to naturalize in the middle – the strict lines and composition soften and the greenery increases. At the courthouse, places are formed for a natural area with an irregular network of tracks and cozy shelters. With the help of greenery and paths, the alley is harmoniously connected with the park of legends, which is located outside the courthouse.
The connecting element of the three zones of the alley is a shallow stream. At the beginning, gushing from the sculpture – fountain, it will flow straight until it starts to meander and cascade into a small pond.
Concept “greeting” is the union of urban and natural origins.

Union of urban and natural origins.

The connecting element of the three zones of the alley is a shallow stream.

From city to nature. 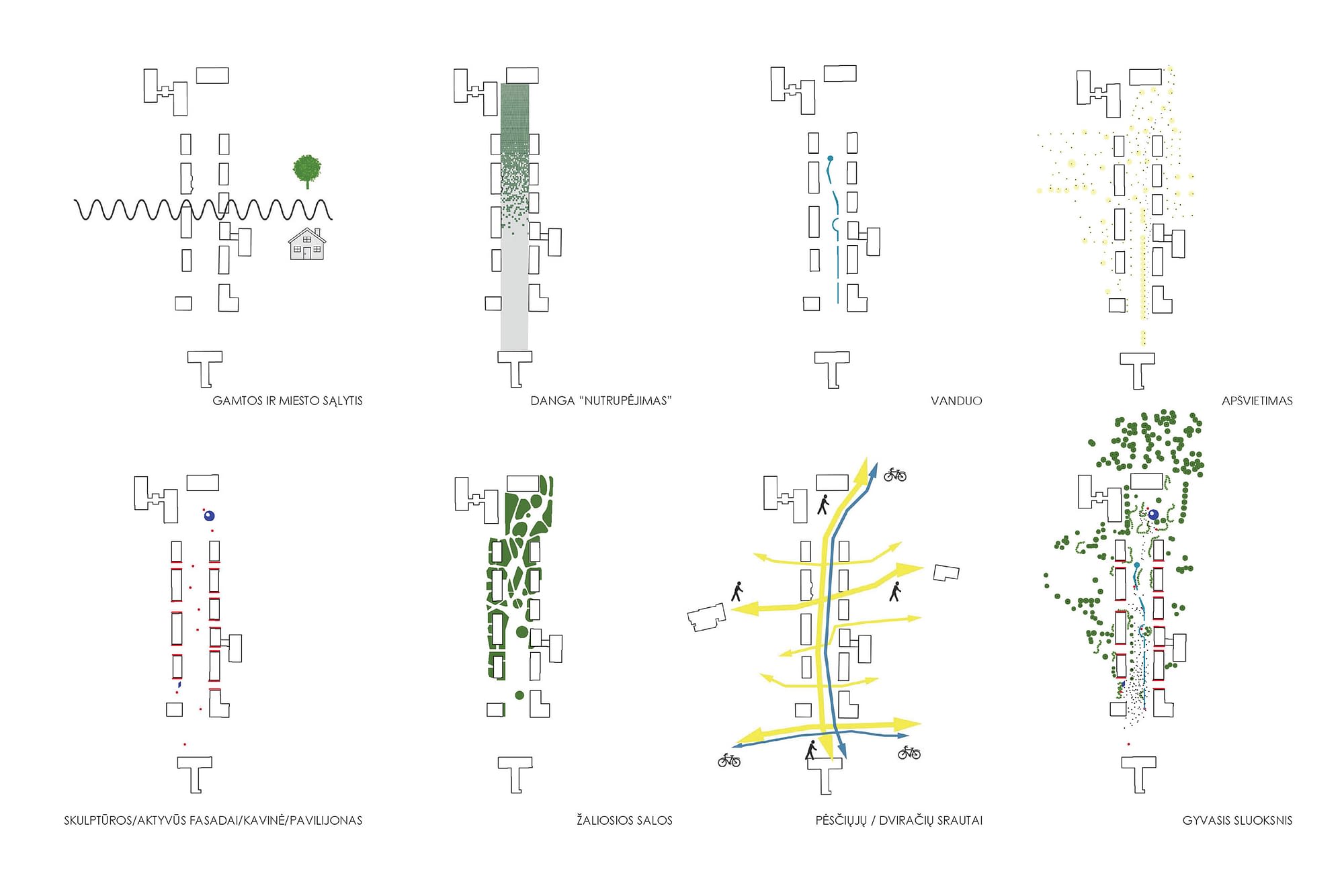 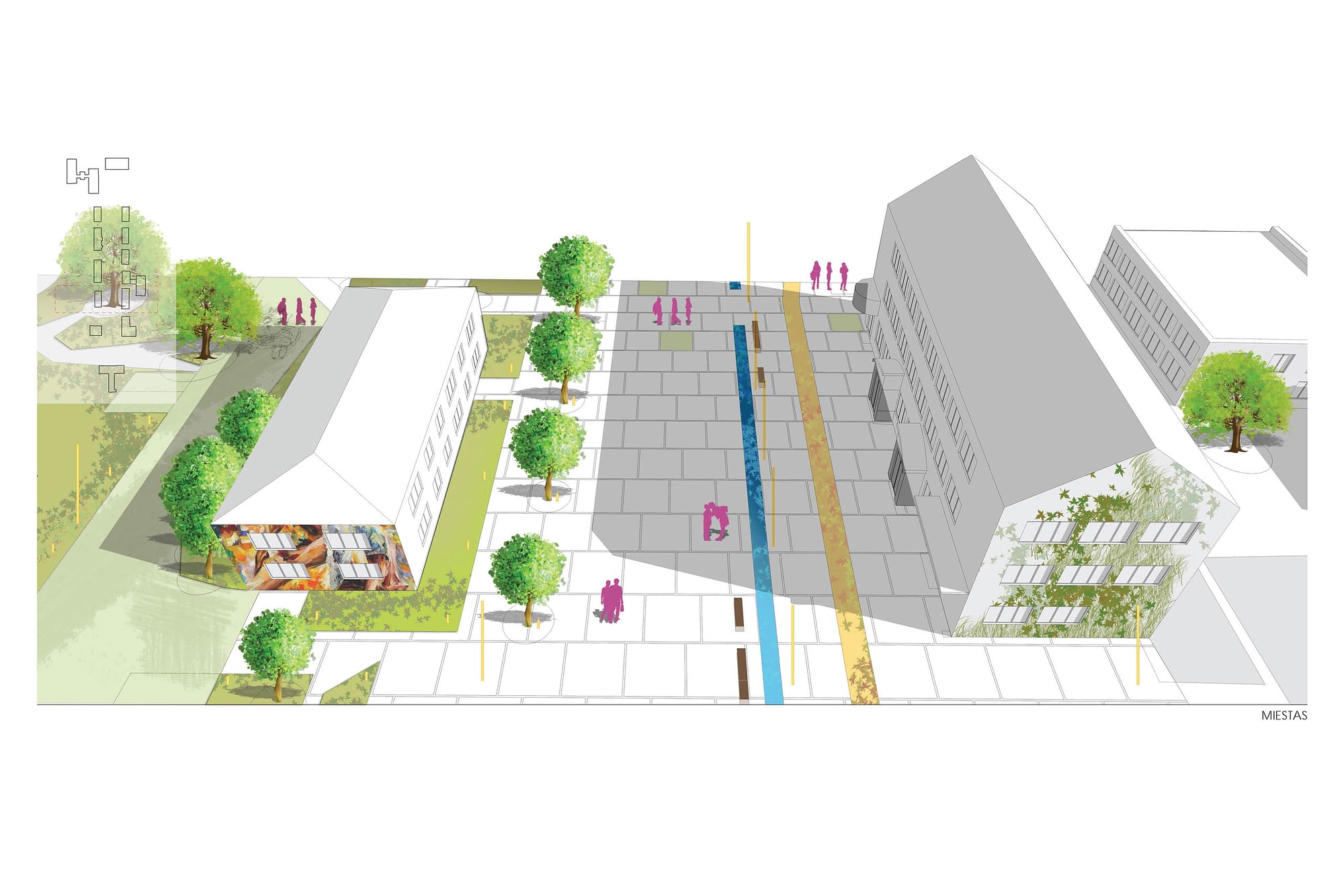 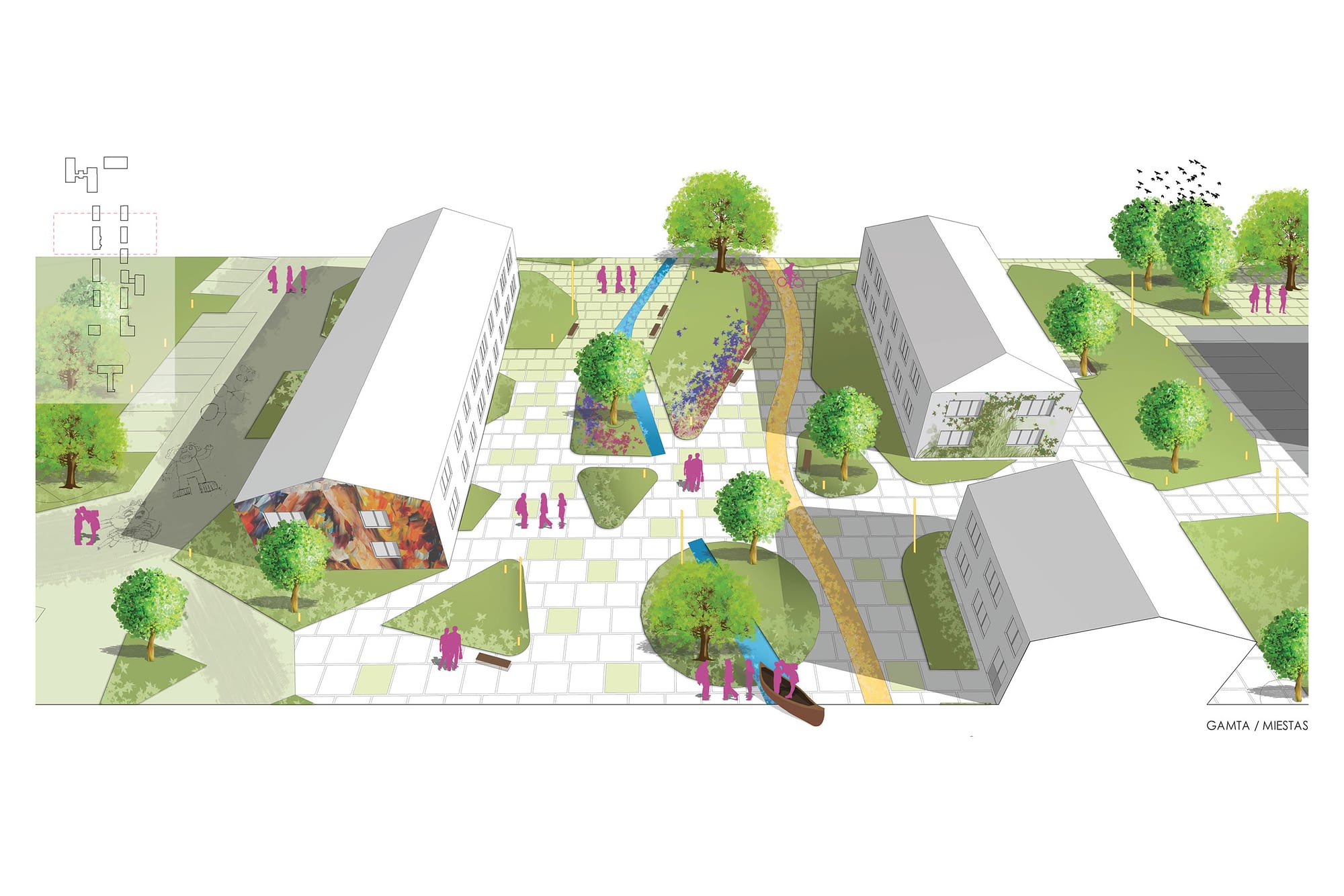 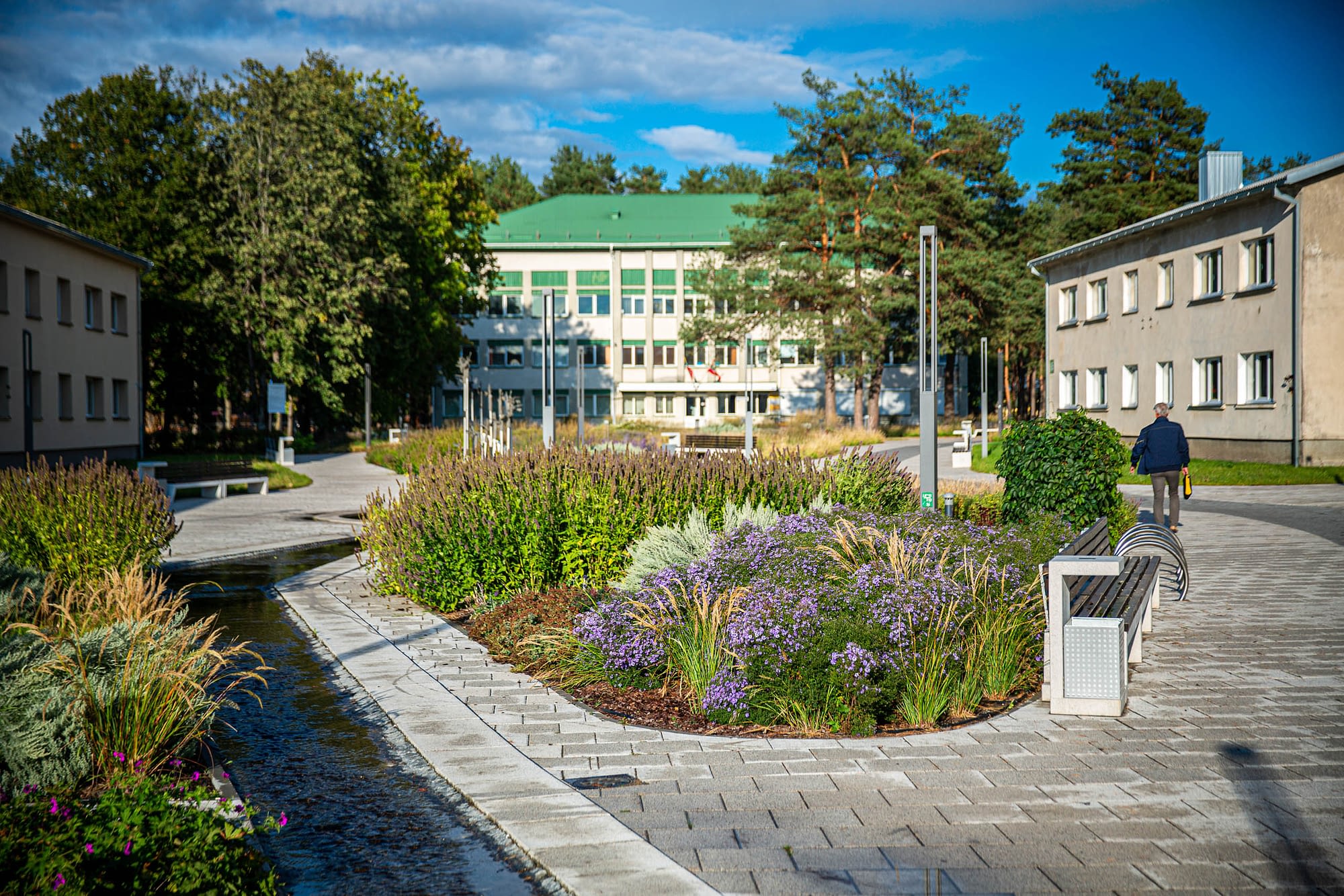 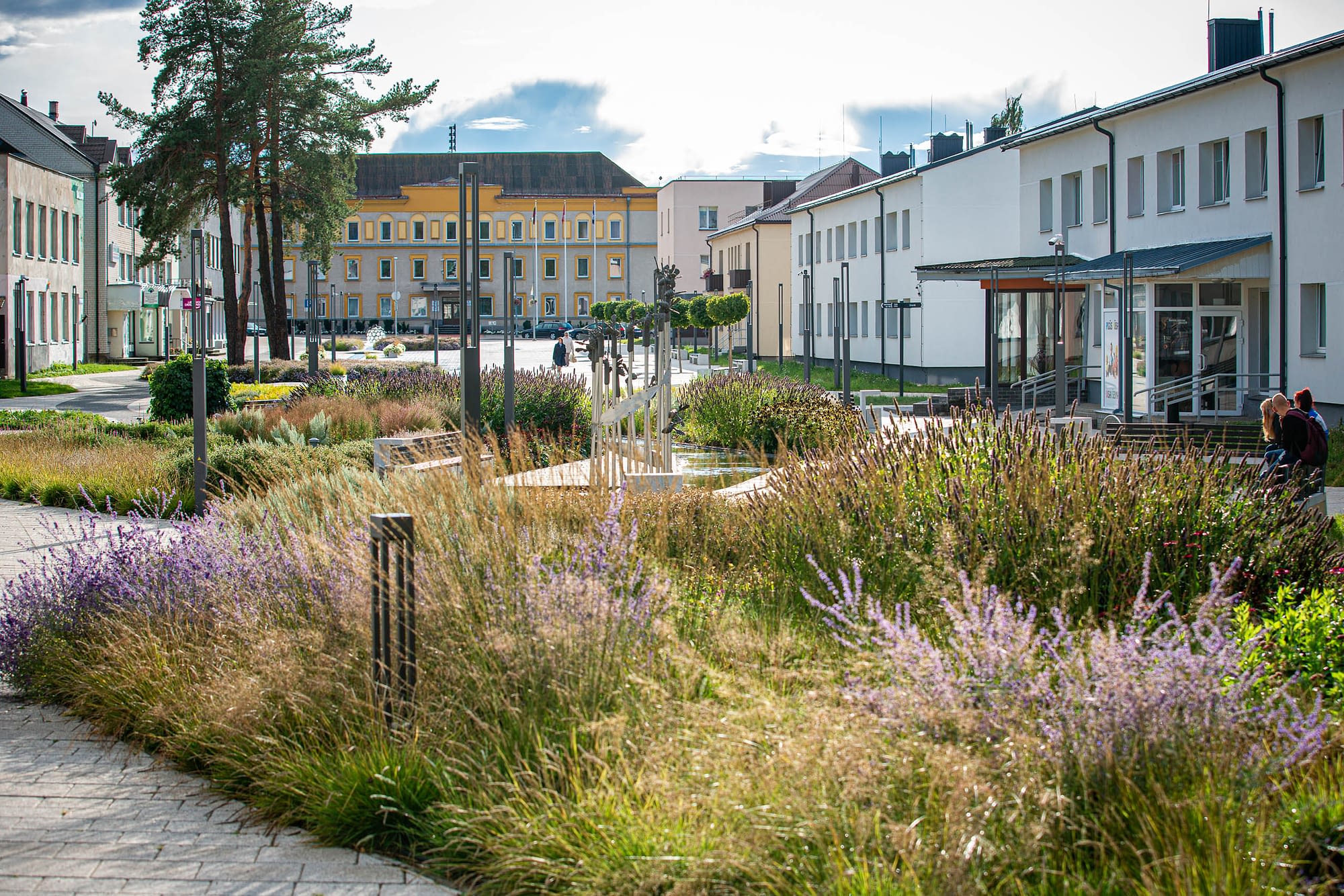 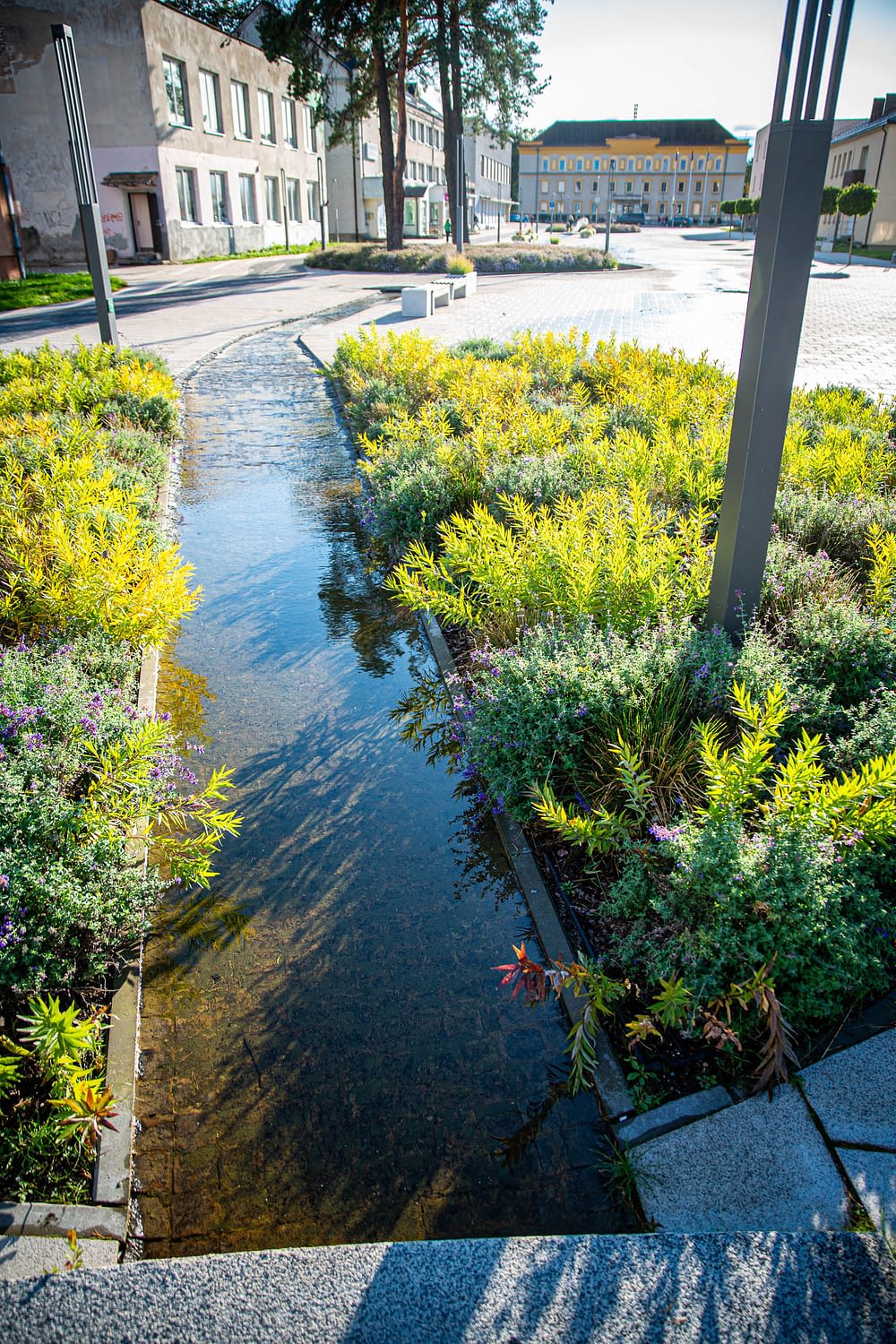 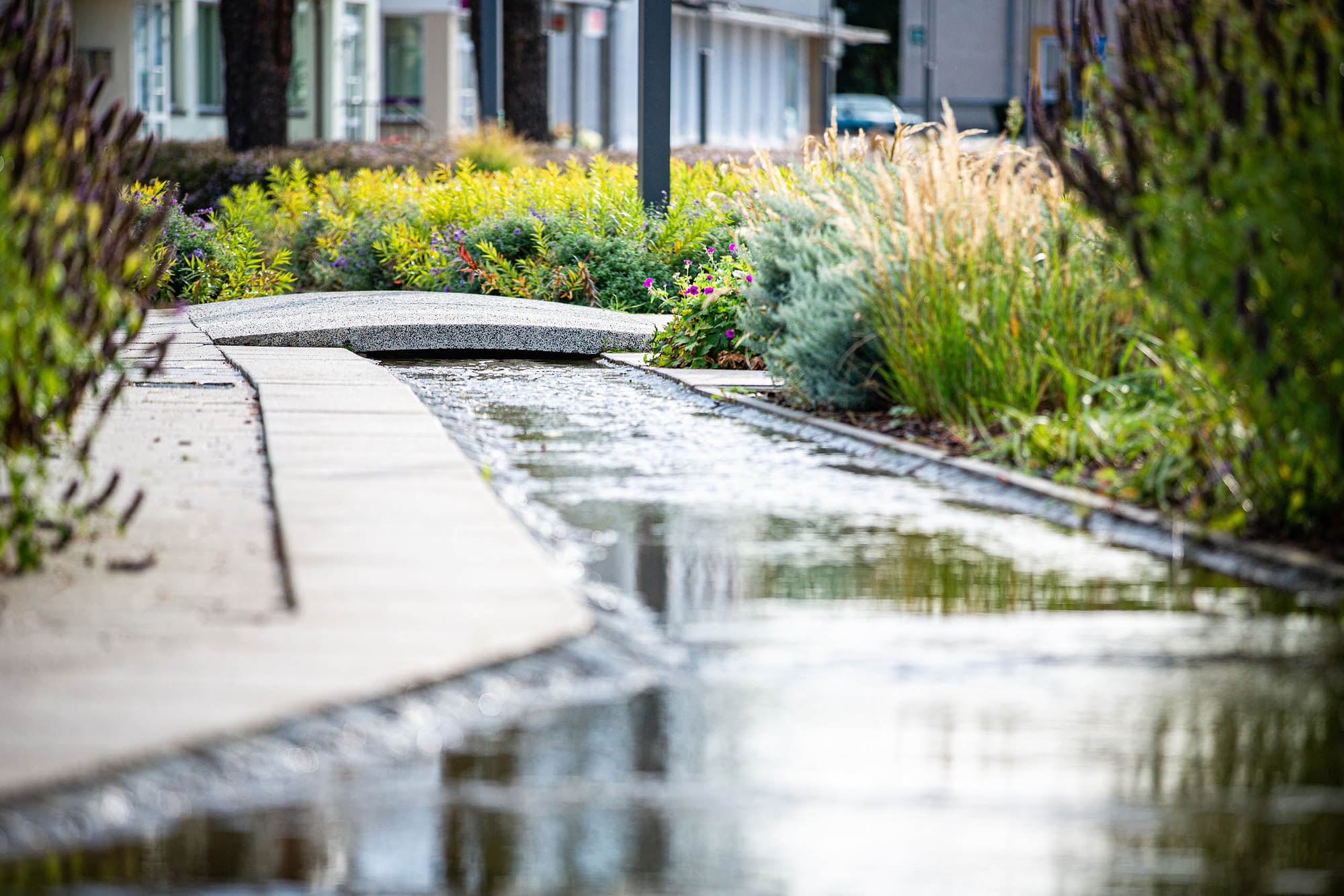 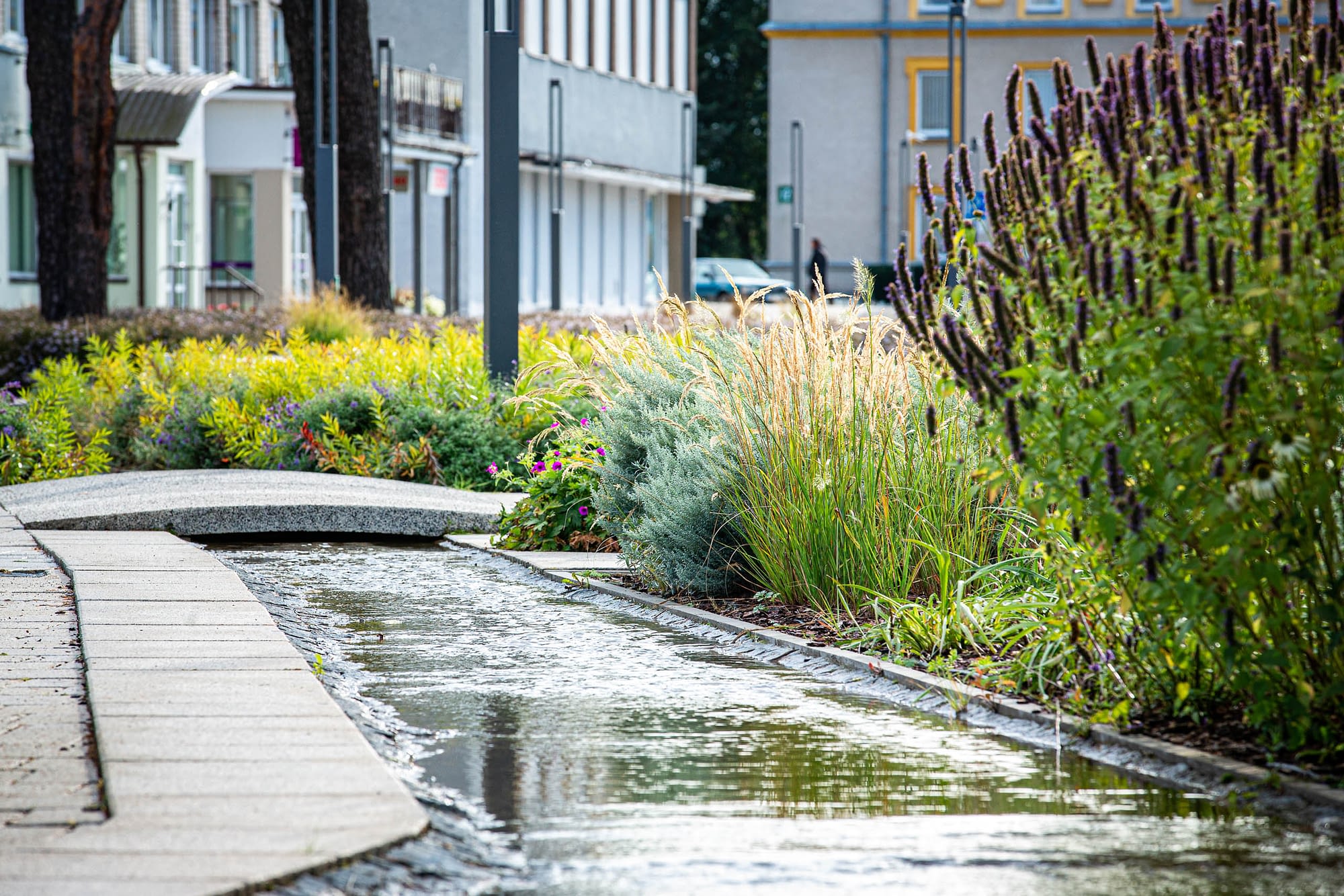 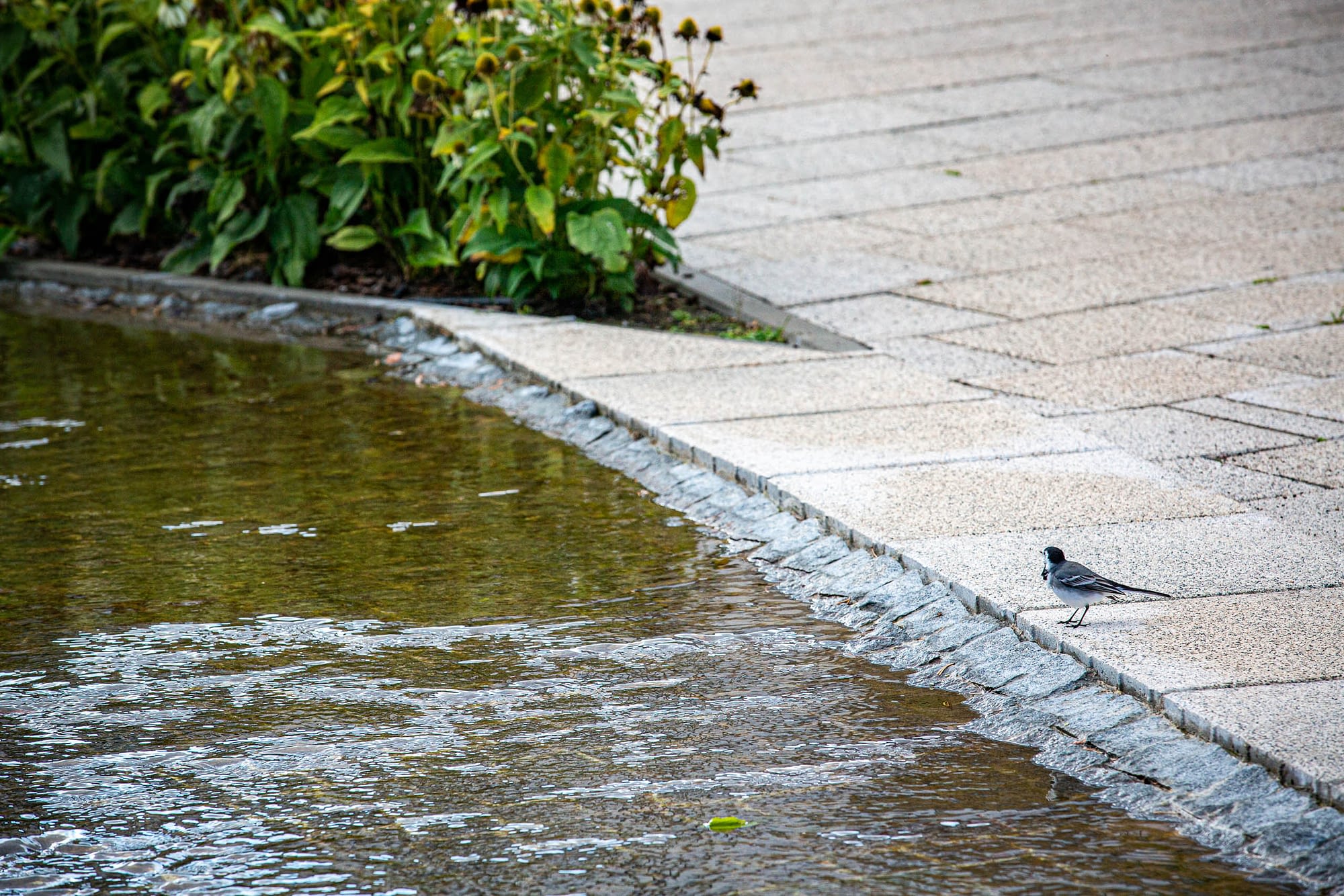 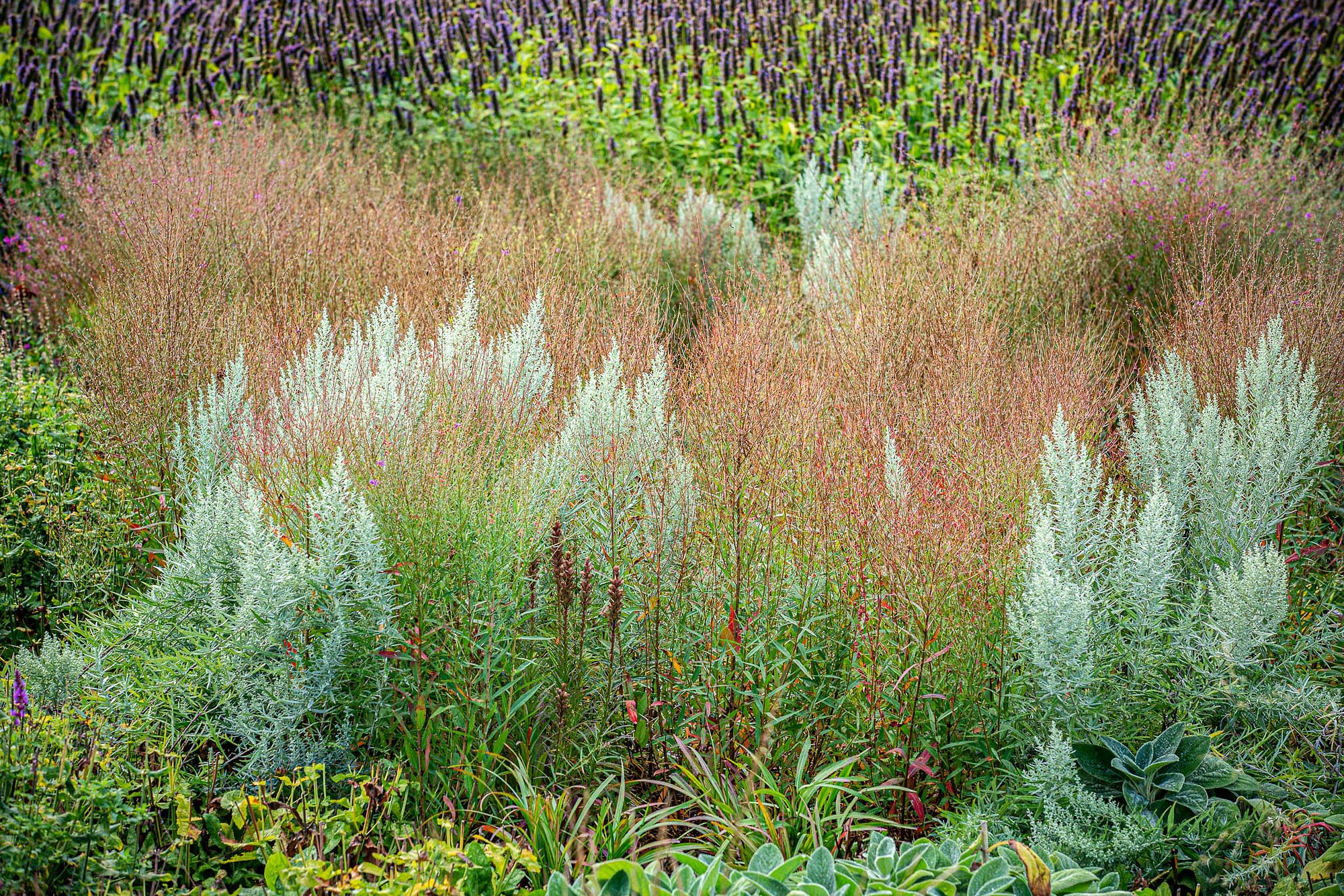 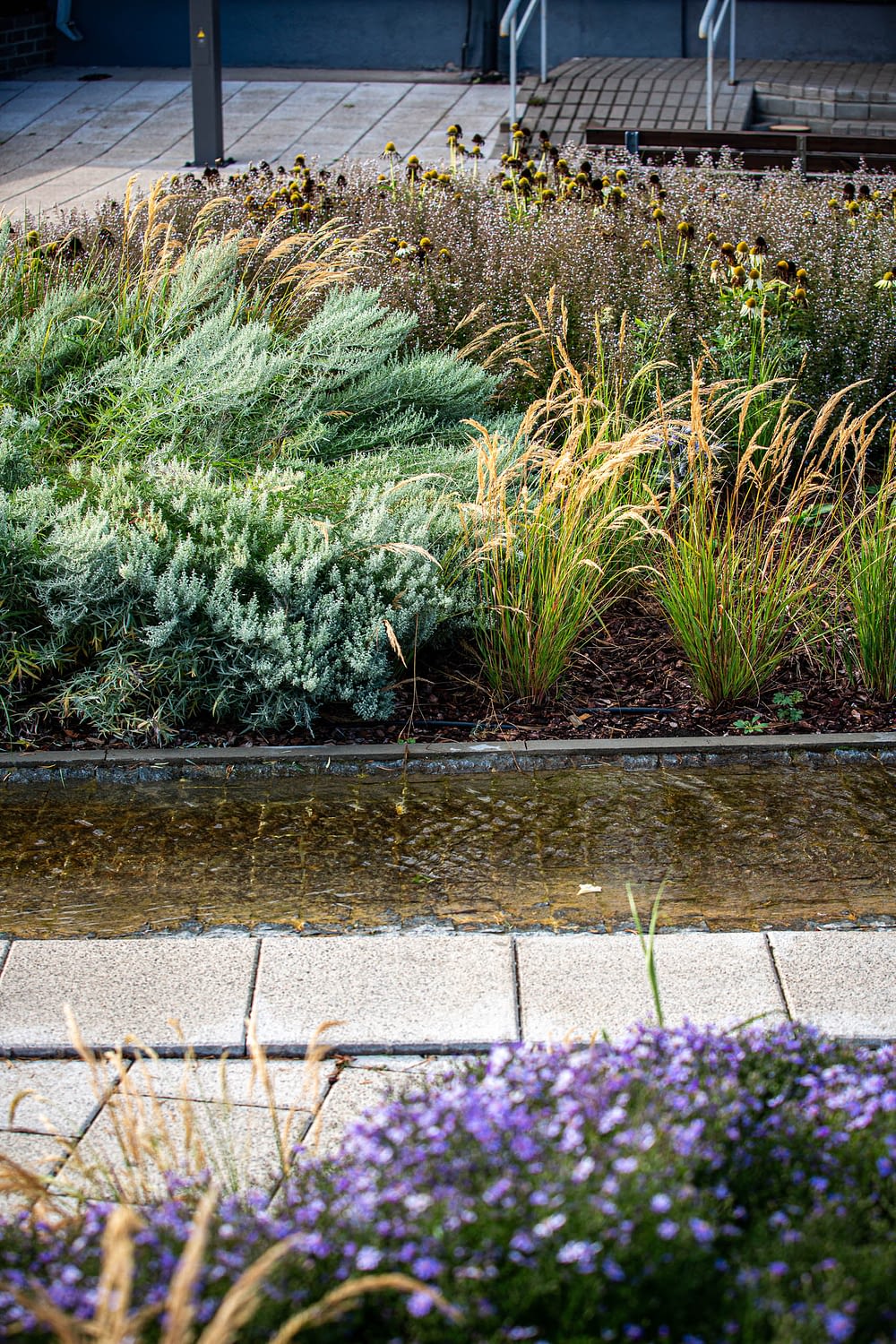 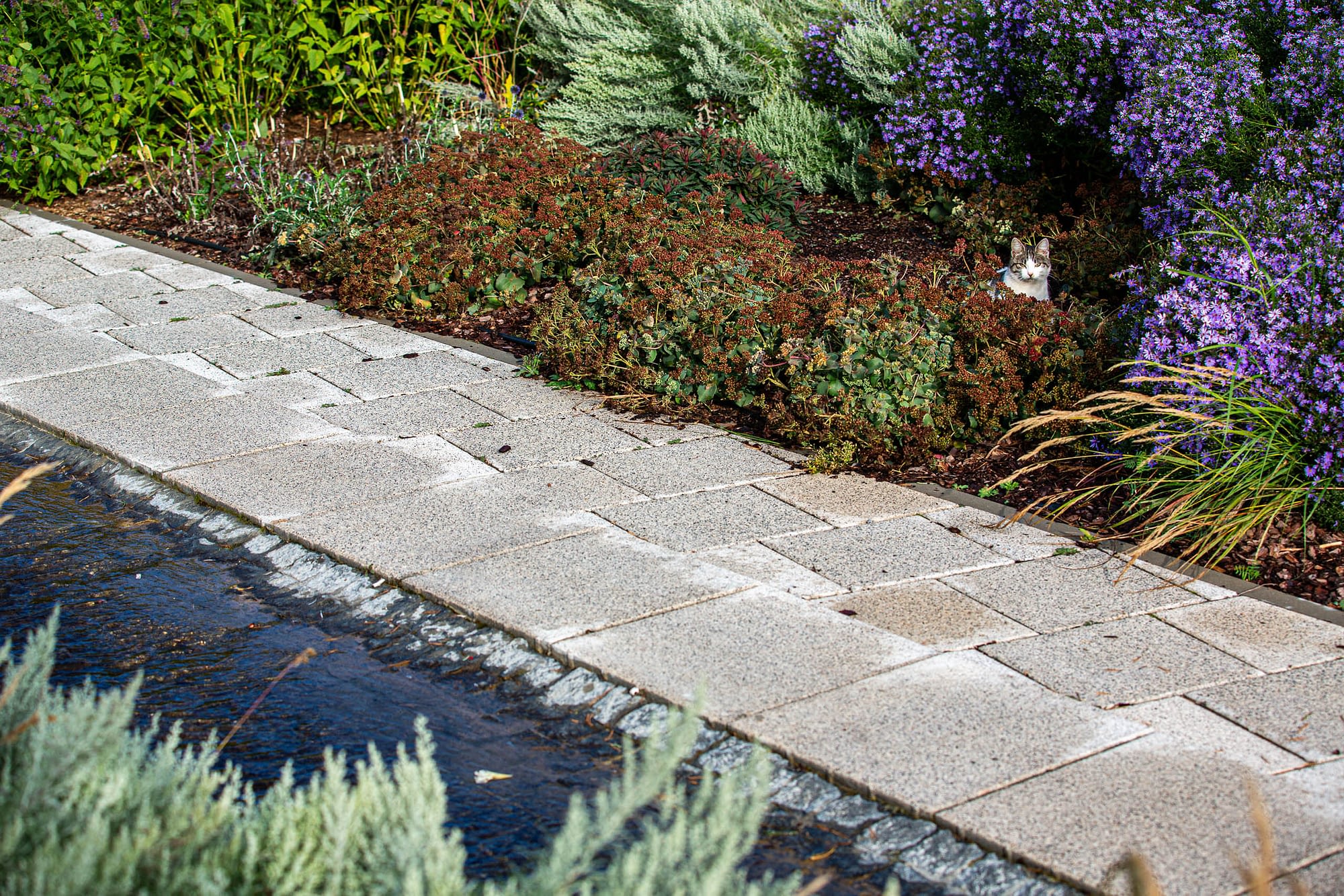 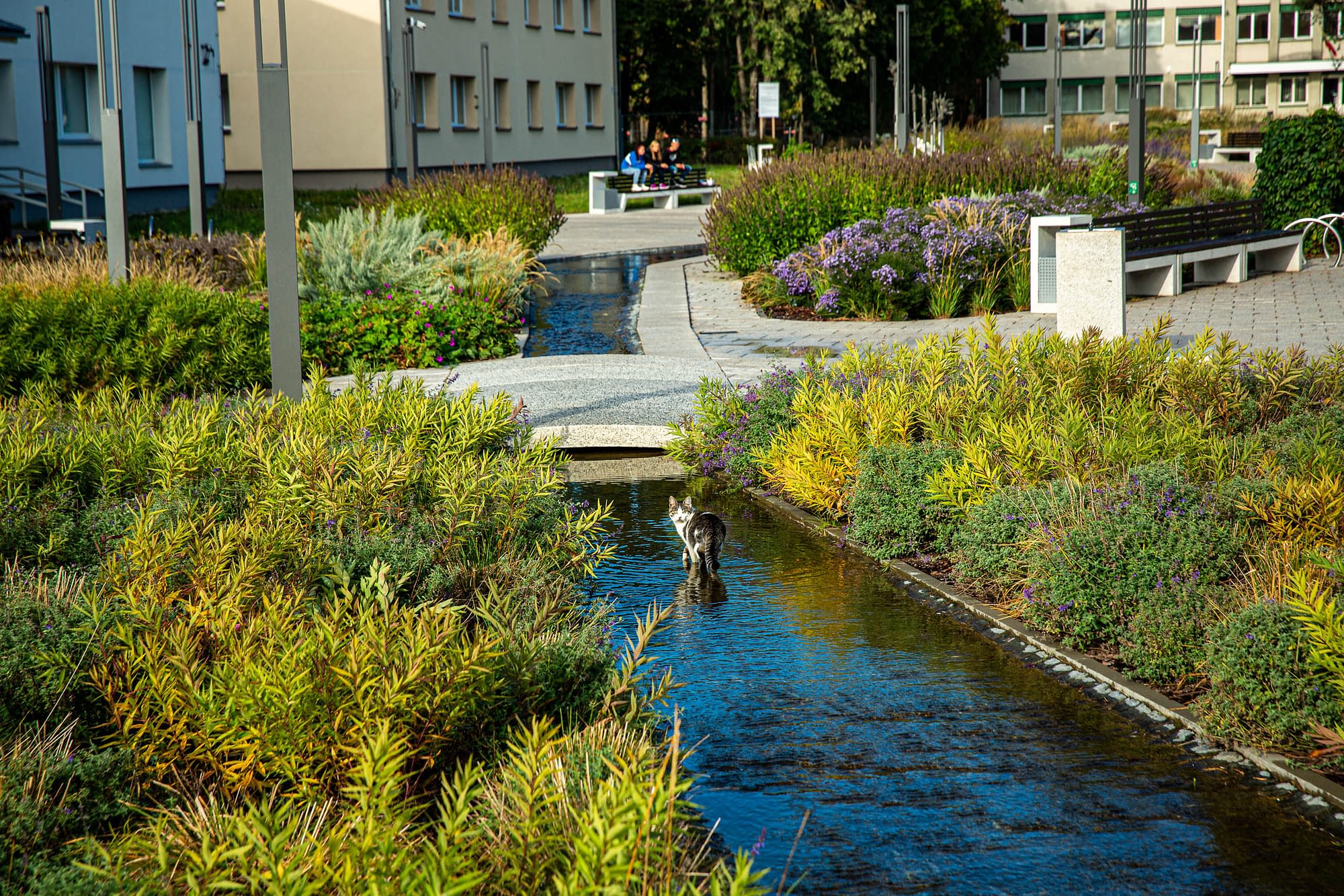 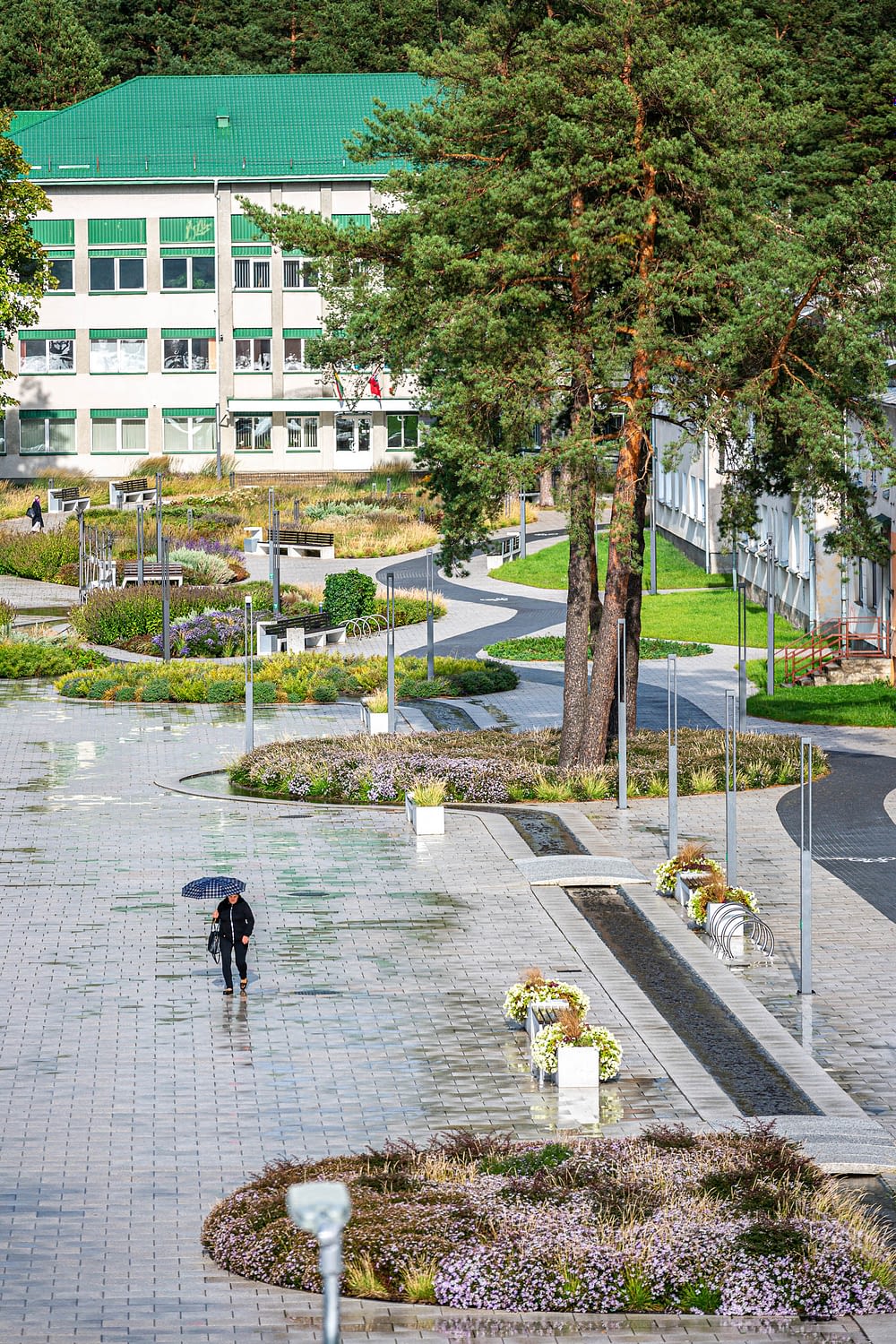 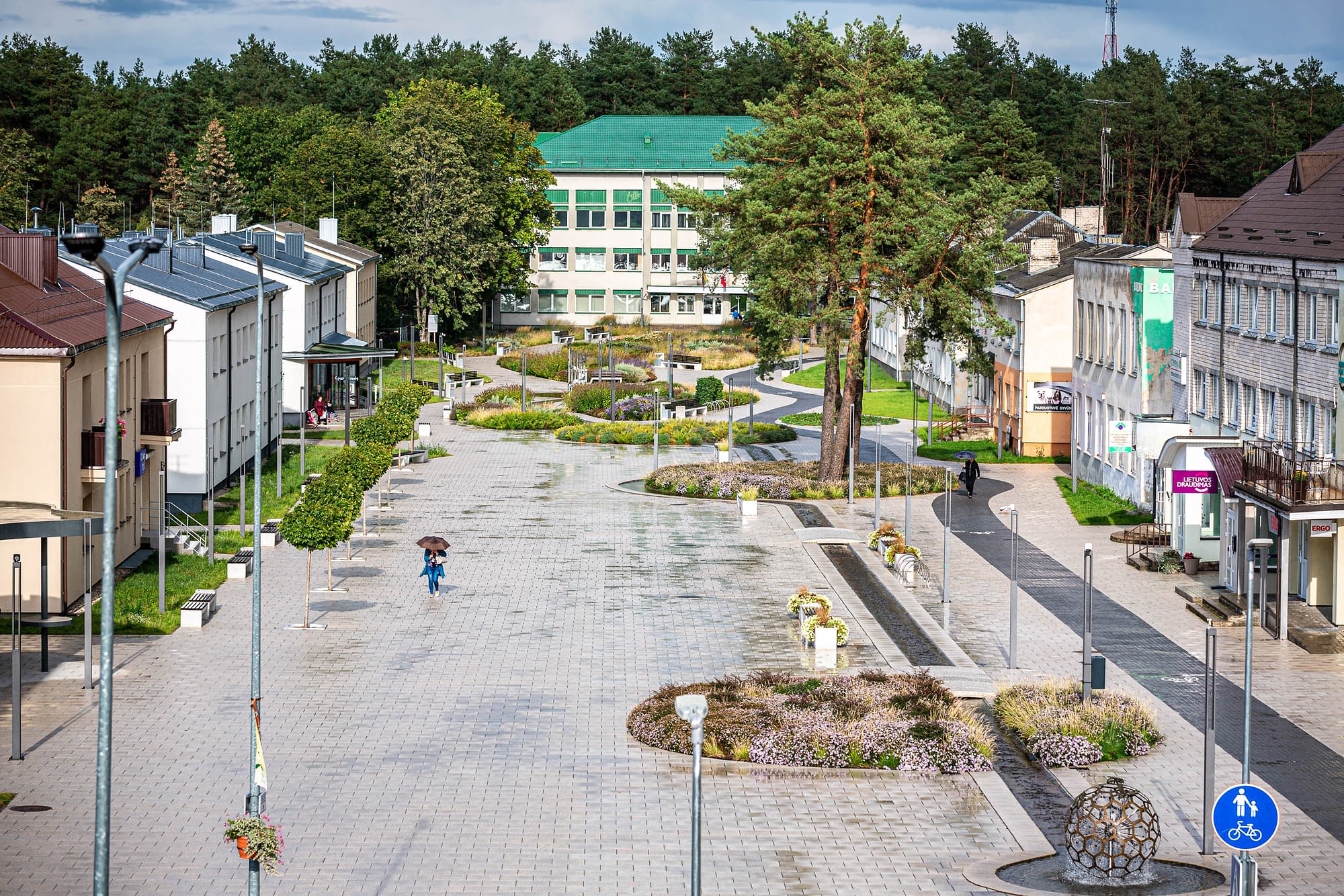 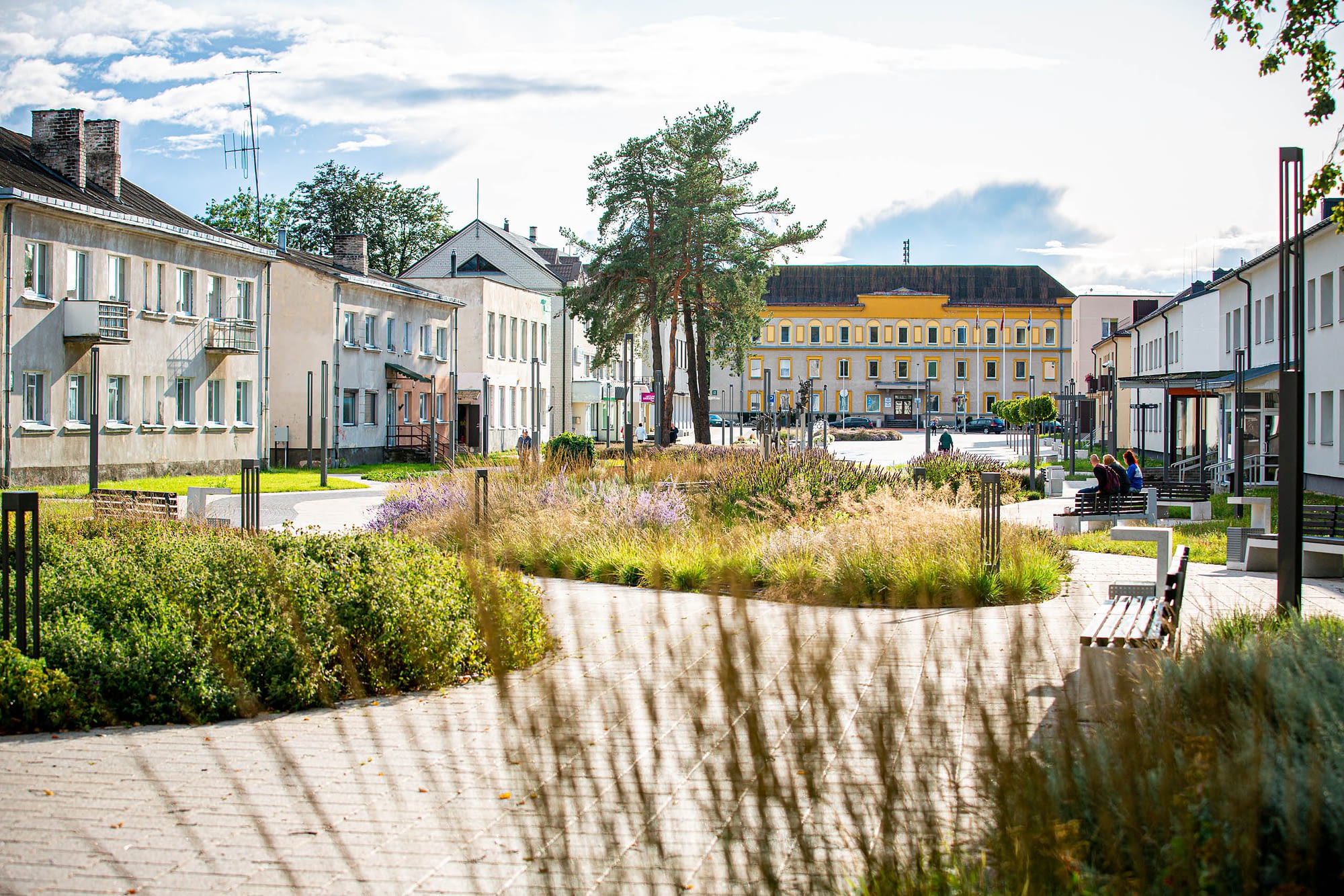 Concept “greeting” is the union of urban and natural origins.