SITE PLAN
Placed at the very southern site corner the free standing new tower acts as visual landmark while triangular shaped ground block fills the site. Sloping down from the west it physically merges with the public waterfront thus creating an intriguing public space with possibility to overview the beautiful landscape. It rises along the southern road and ends aligned with the current city hall- a cosy pocket square is formed for open air gatherings or concerts. The “hill” is offset a bit from the old building and scarfed off where needed to let light in.

FUNCTIONAL ZONING
Extension is not enough. Modernising the existing city hall and fluently joining the new functions all together was our first objective. Starting with accented entrance we form an inviting transparent space with info box, cafe, lounge, exhibition and play zones. As functions on sides are left unaltered the new public service space is placed on the entrance axis perpendicular to the old building and opens up to the nature at the end. It features large skylights and waiting islands for visitors. Triangular single floor extension also houses large working units, utility spaces, multifunctional hall. The new 7 floor tower serves only the staff having flexible open plan floor
layouts (single, double, large working units).The vacant space in the attic is of use to our mind and therefore could house 14 workers (new skylights and side windows are needed). Total amount of new staff is 185, however 15 additional flexible work places are envisaged in the replanned flanks of existing ground floor.

SUSTAINABILITY AND ECONOMIC FRAMEWORK
In the project we tried to combine architectural qualities with sustainable features. A large green sloping roof is a great heat insulation barrier and works as attractive public space along the river. Underground tanks are designed to collect rainwater from old city hall roofs and use it for green roof irrigation. Sloping roof should also create natural interior air circulation thus minimising the use of mechanical ventilation. A similar principle is used in the tower, which works as a large air exhaust shaft due to it’s floor openings. The V shaped columns filter the indirect light in and due to their density stabilize the tower construction. Rooftop glazing and east-south facing tower windows are designed to have transparent solar films thus generating a part of energy needs. Cost saving solutions include compact building shapes, rational constructional spans and minimal alterations in the existing building.

Structure of the town hall tower.

Approach to the town. 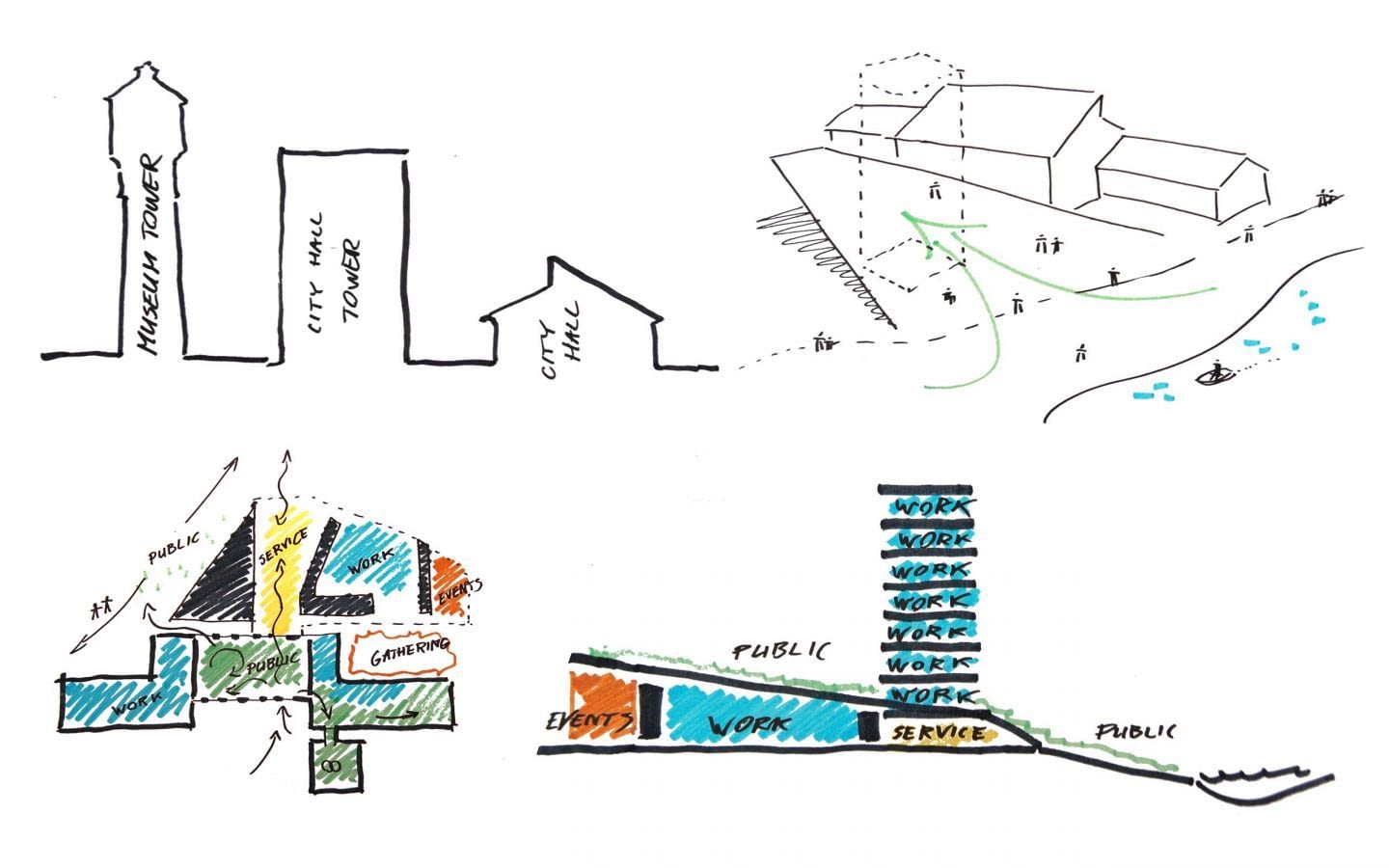 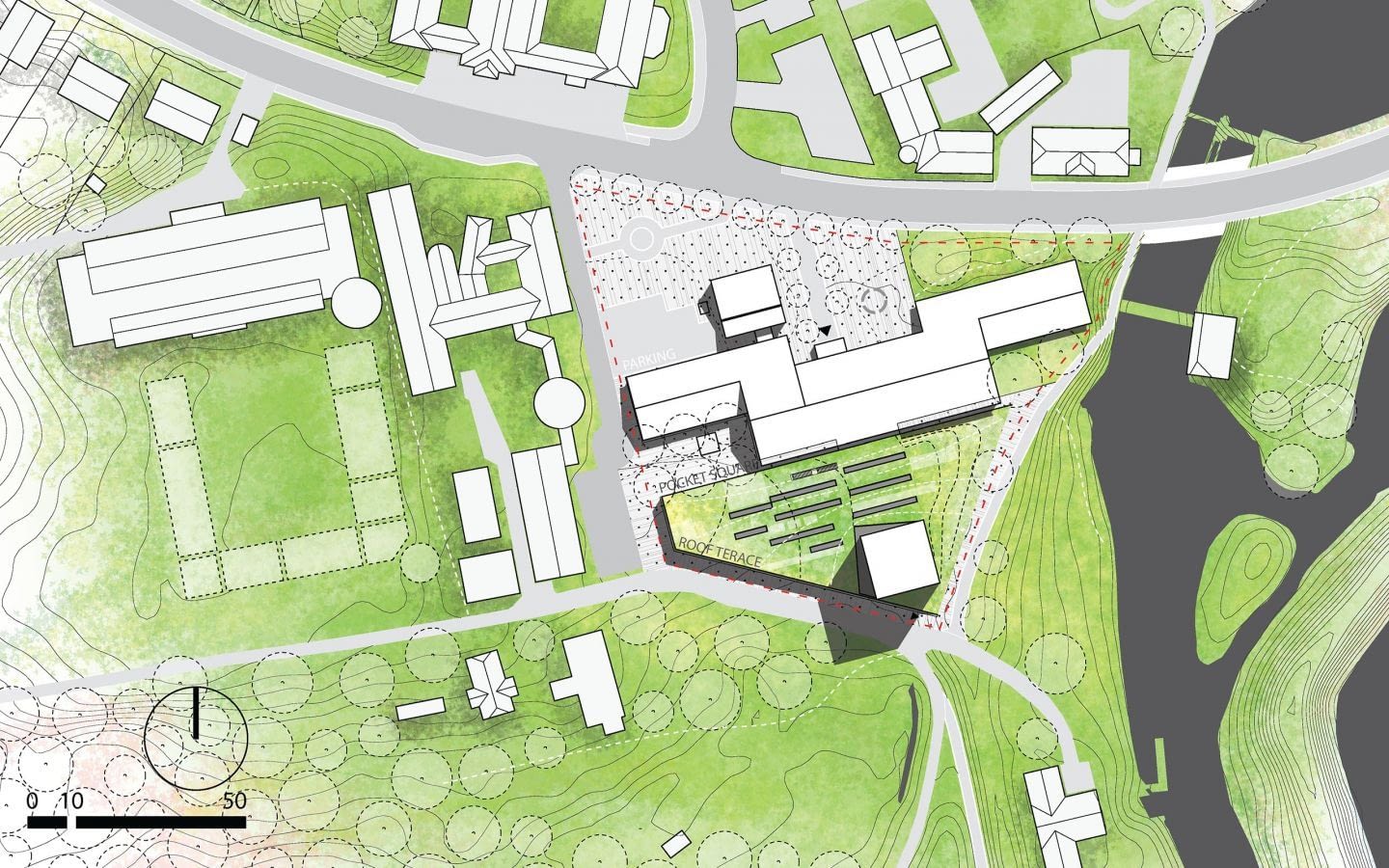 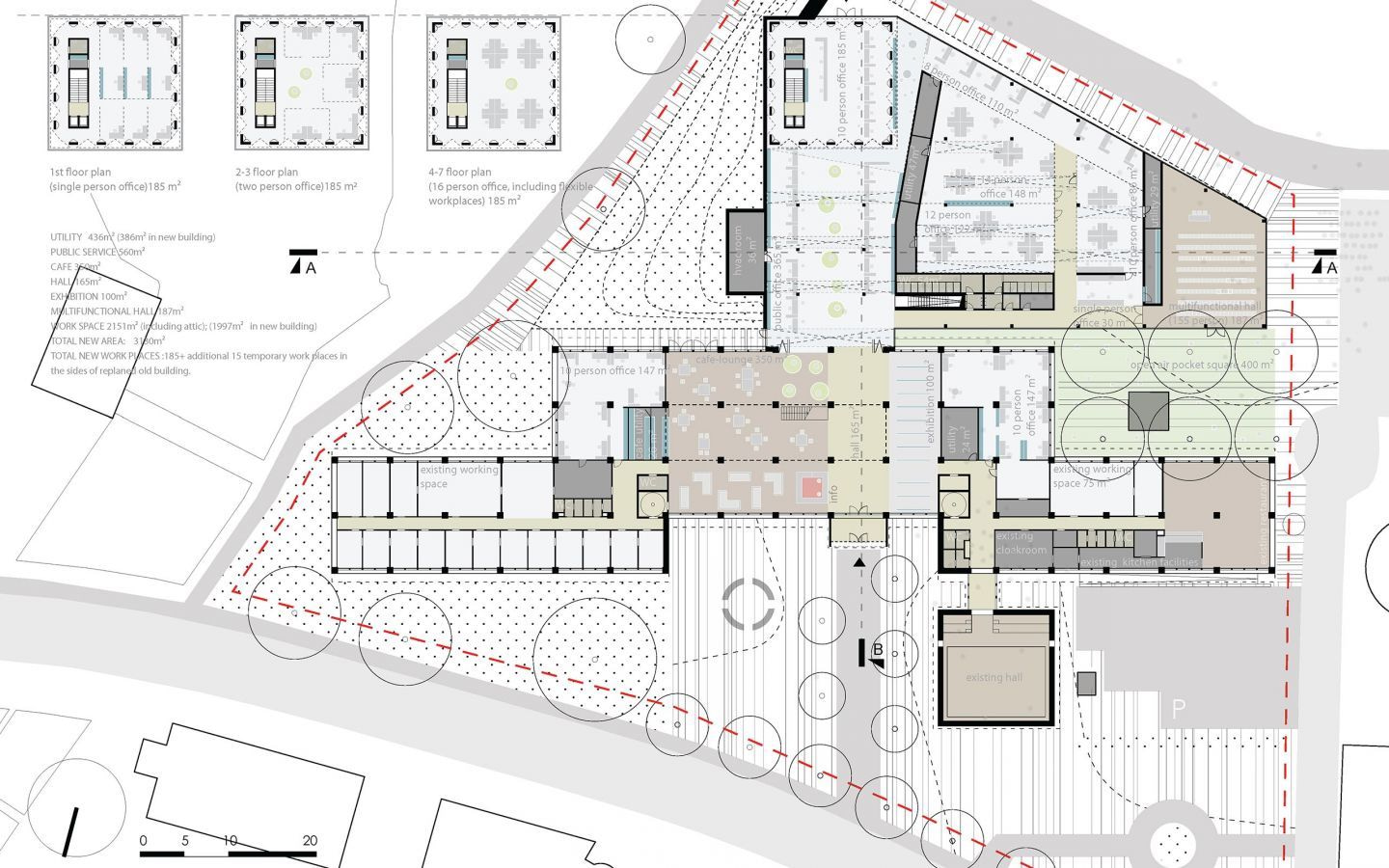 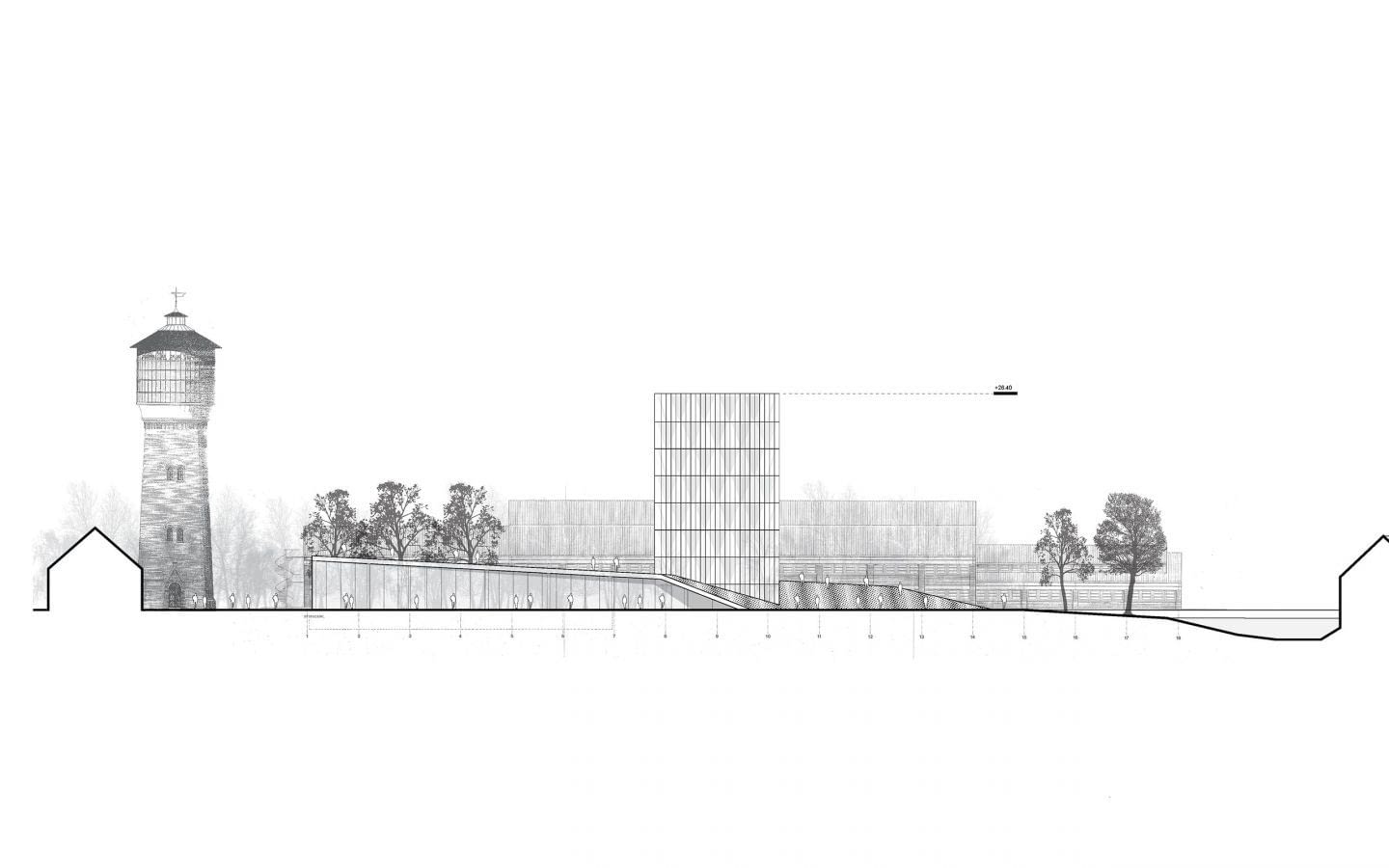 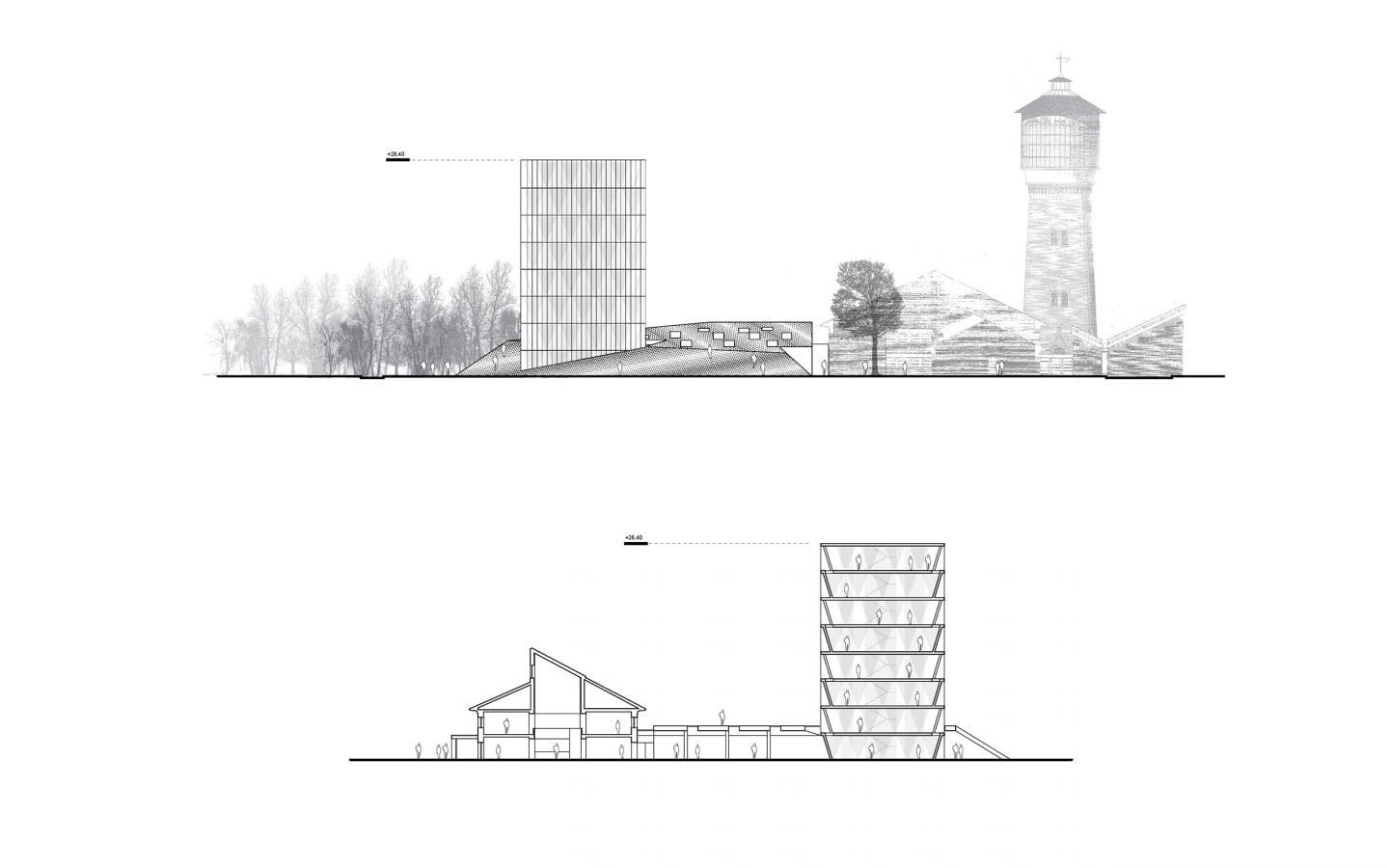 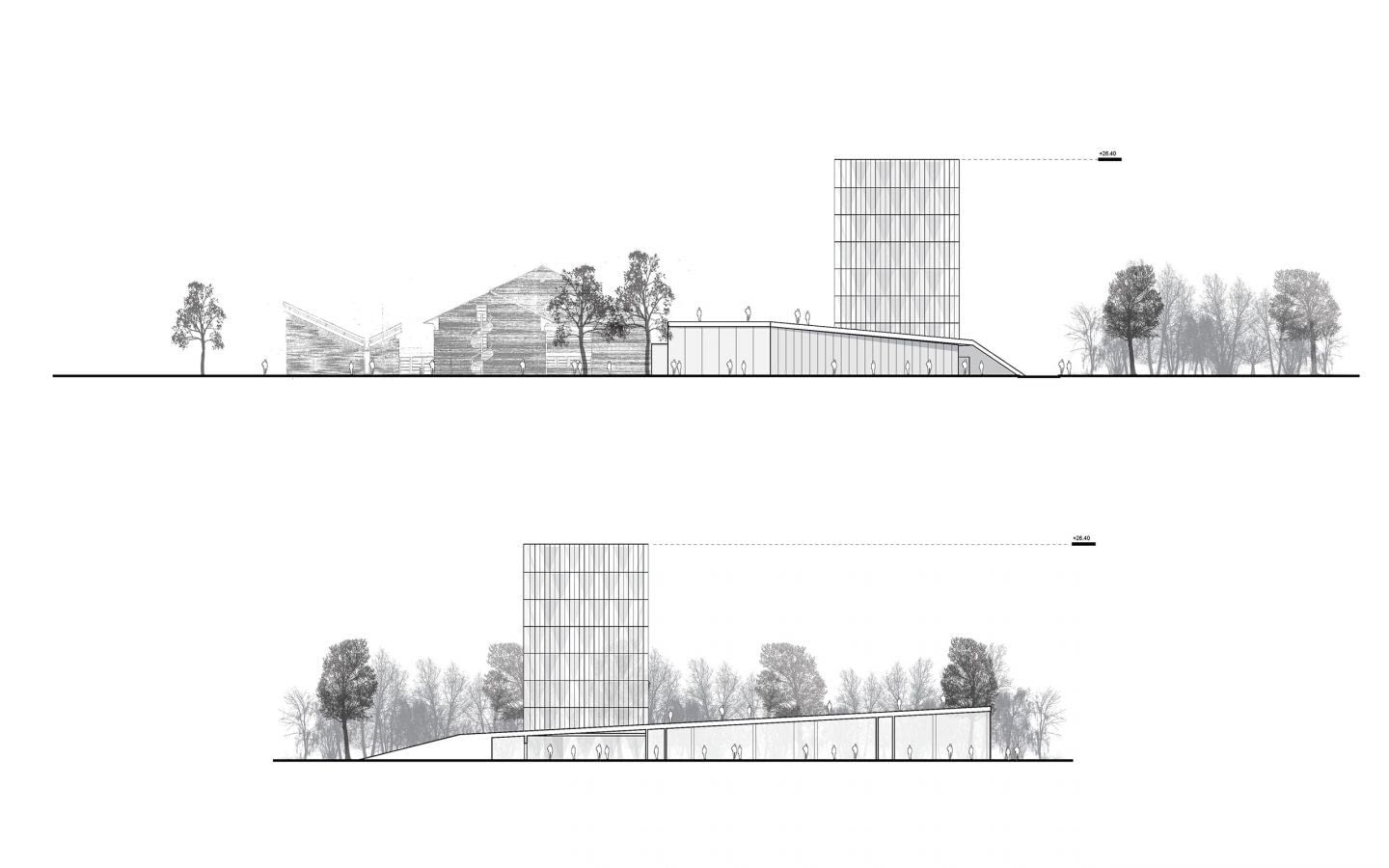 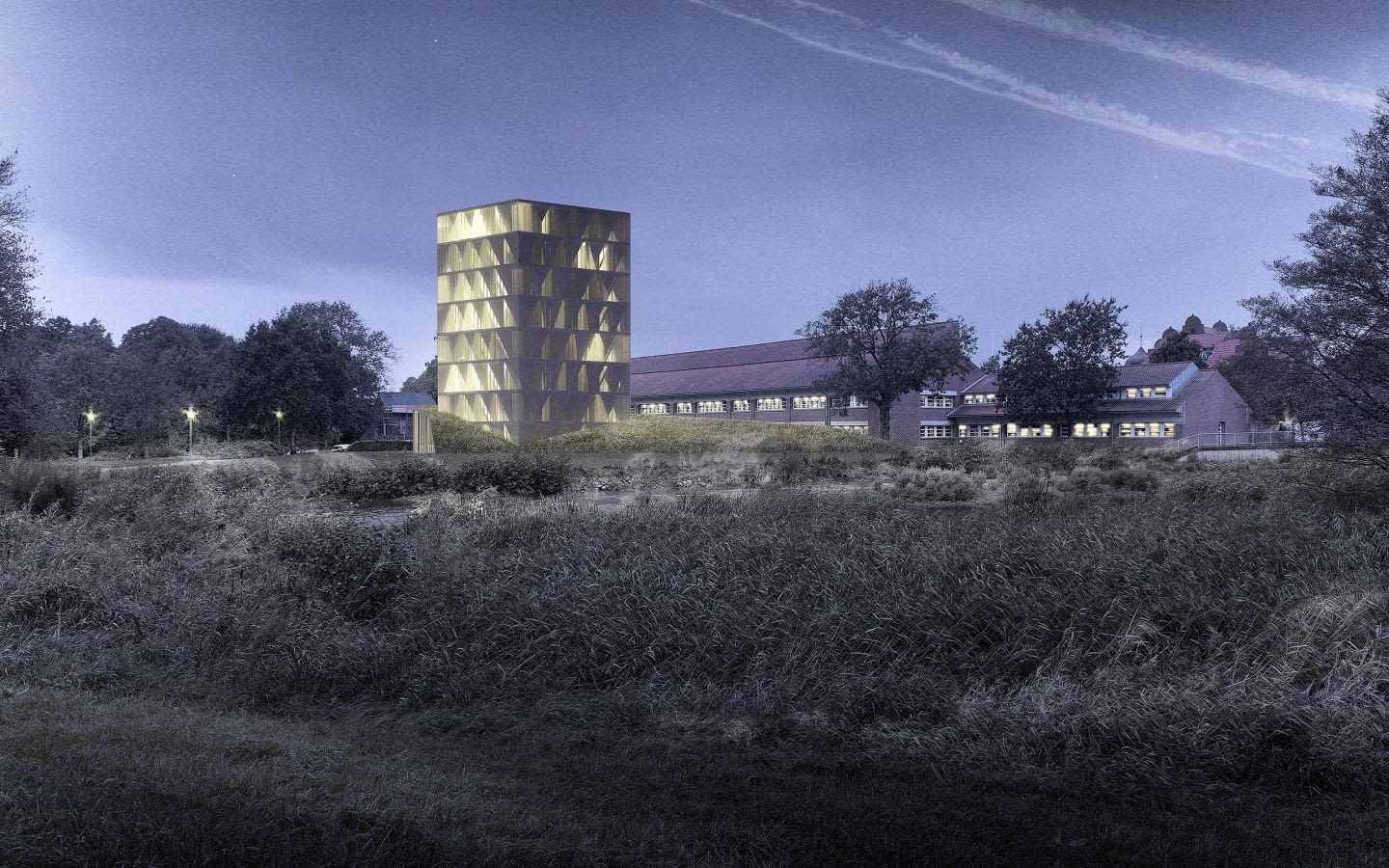 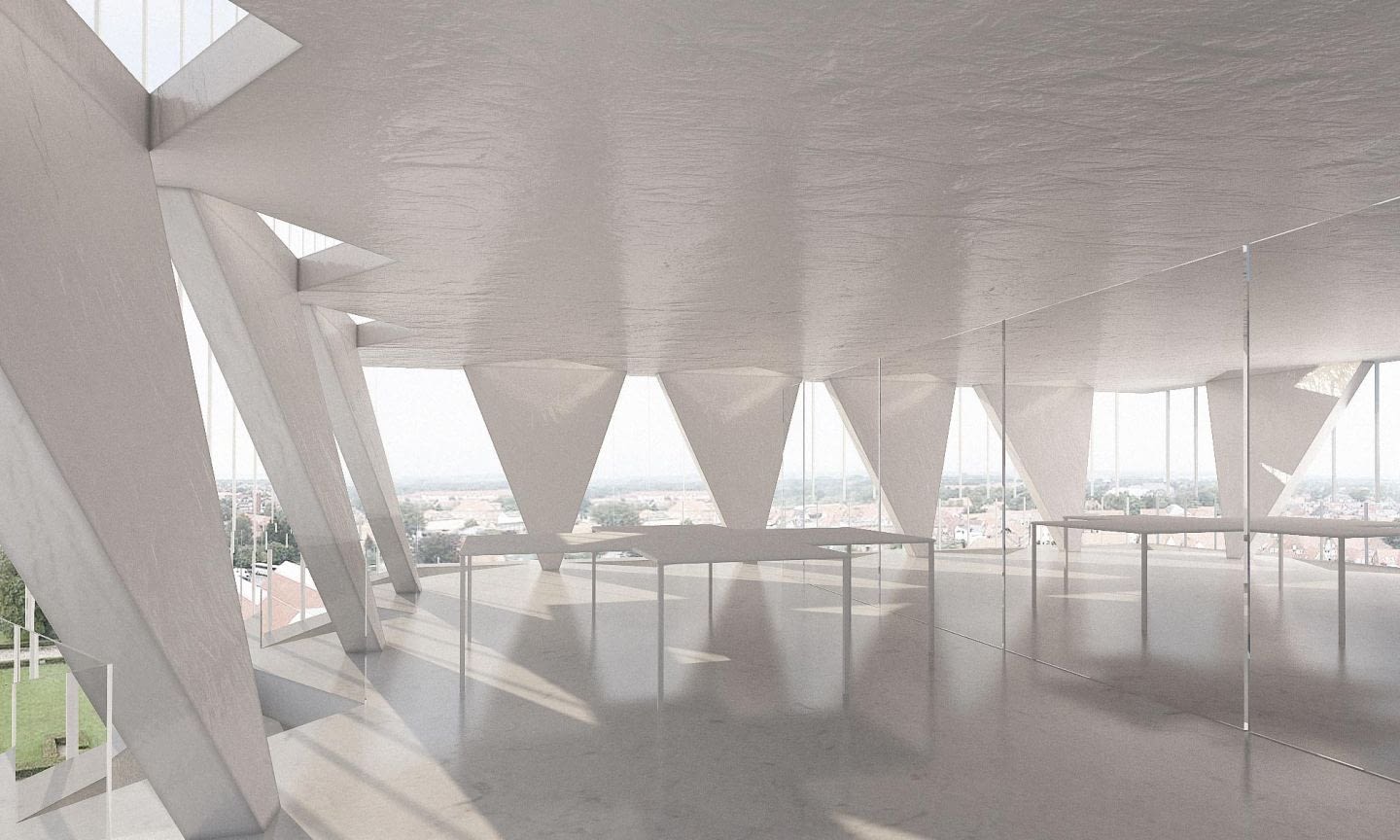 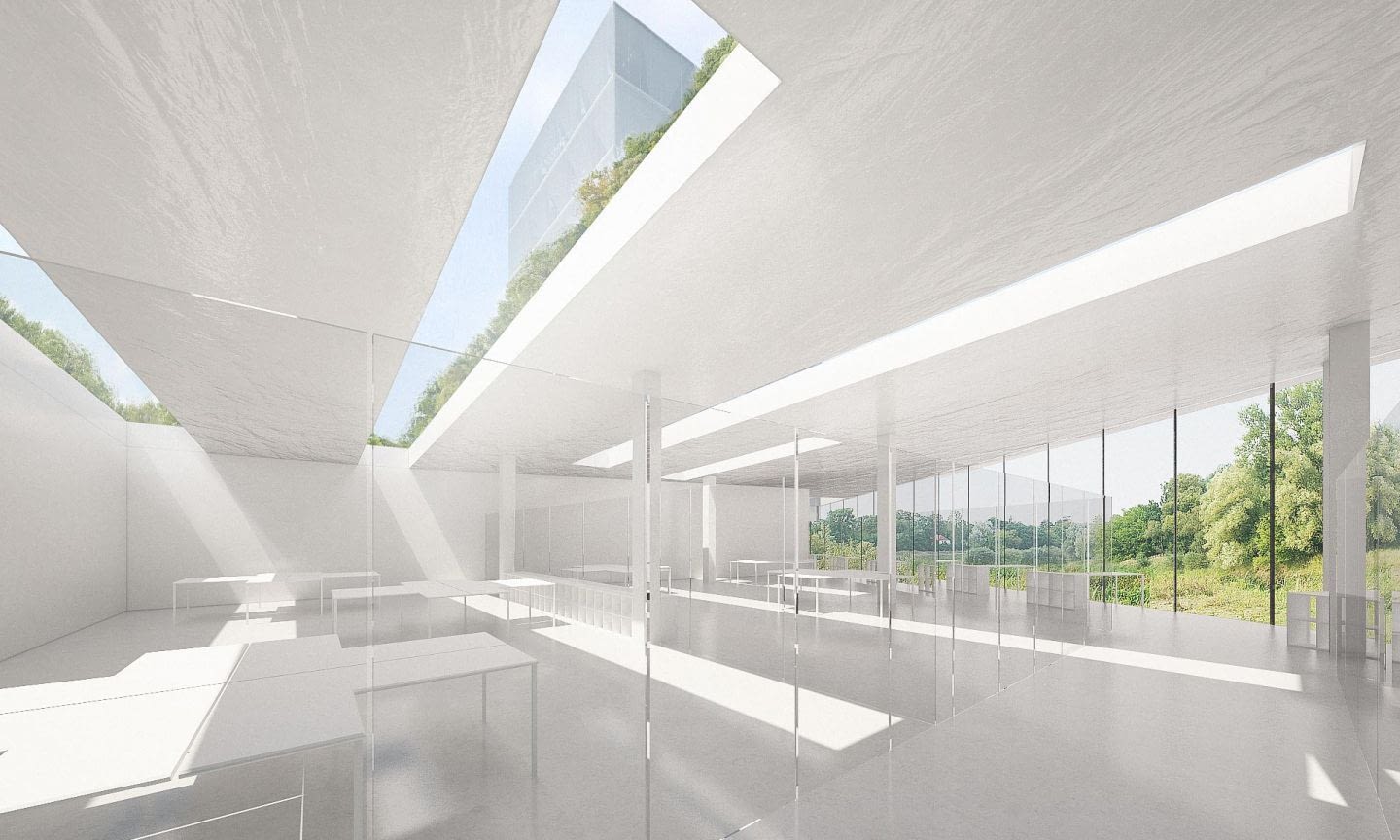 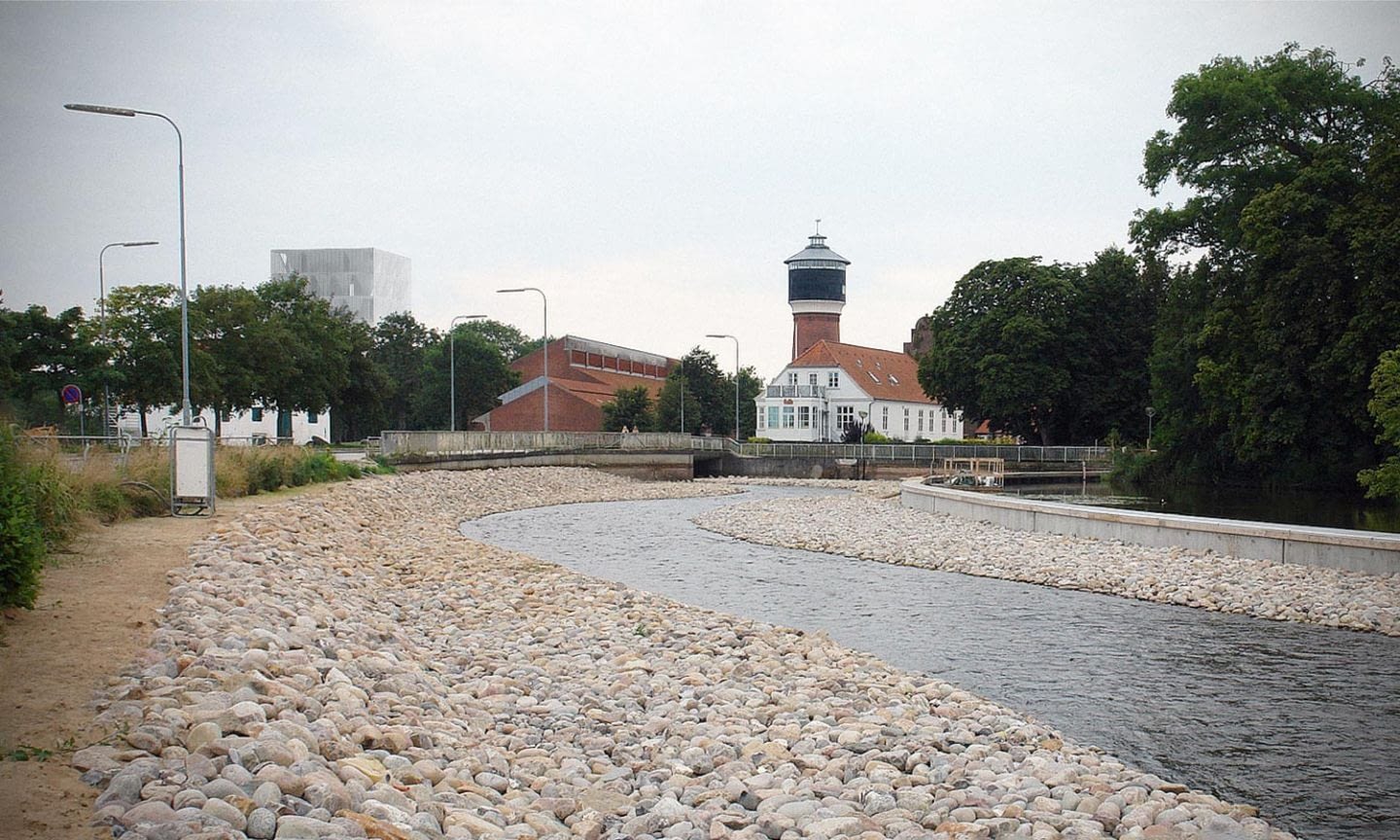 Free standing new tower acts as visual landmark while triangular shaped ground block fills the site. Sloping down from the west it physically merges with the public waterfront thus creating an intriguing public space with possibility to overview the beautiful landscape.